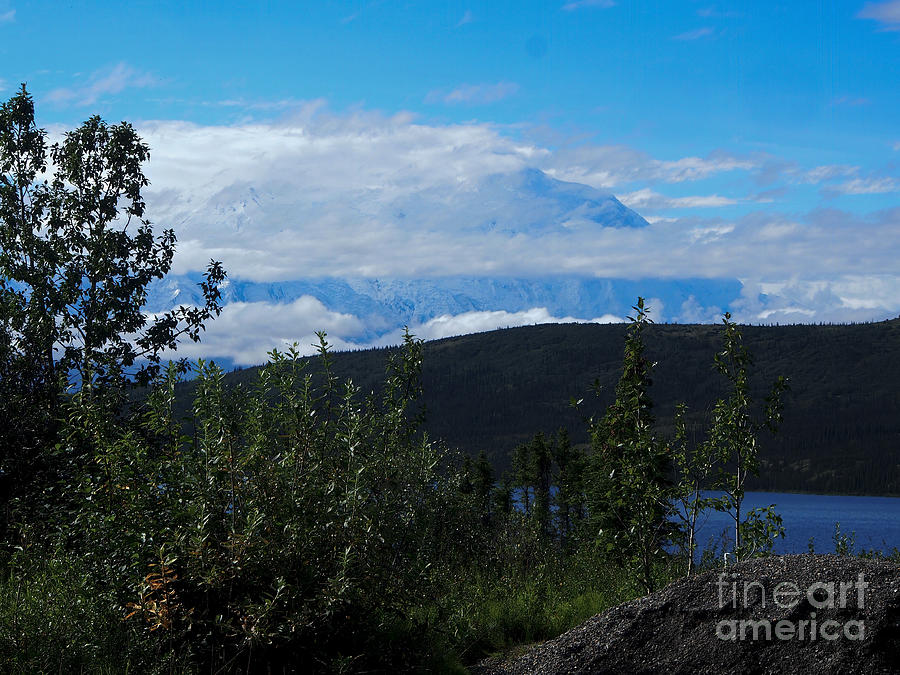 A View of Denali Over Wonder Lake

A View of Denali Over Wonder Lake

Wonder Lake is an iconic part of Denali. Views of the Alaska Range, and Denali in particular, are fantastic when skies are clear. The area can be cloudy, and mosquitoes can be a major nuisance most of the summer, but the beautiful landscape still draws many visitors each year. We were half lucky in that we could see some of the mountain, but had a good view of the range.More photos of the mountain are in separate photos. According to Wikipedia, Denali National Park and Preserve is located in the central area of the Alaska Range, a mountain chain extending 600 miles (970 km) across Alaska. Its best-known geologic feature is Denali, formerly known as Mount McKinley. Its elevation of 20,310 feet (6,190.5 m) makes it the highest mountain in North America. Its vertical relief (distance from base to peak) of 18,000 feet (5,500 m) is the highest of any mountain in the world. The mountain is still gaining about 1 millimetre (0.039 in) in height each year due to the continued convergence of the North American and Pacific Plates. The mountain is primarily made of granite, a hard rock that does not erode easily; this is why it has retained such a great height rather than being eroded.