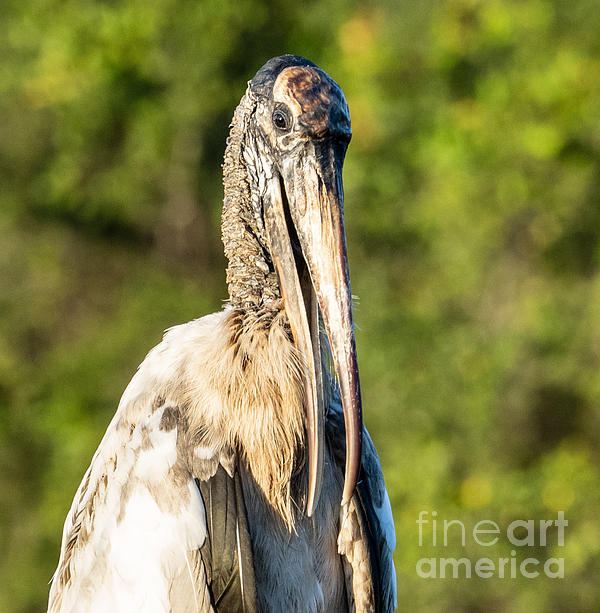 The Center for Disease Control has recommended the use of cloth face masks to help fight the spread of COVID-19.

This face mask is made from 100% polyester and includes two ear loops with adjustable grommets for a comfortable fit.

The printed area of the mask is approximately 7" wide by 5" tall.   This mask fits well on adult mens' faces without the grommets but, due to the adjustable grommets, can be worn snuggly by adult women, as well.

Please note - this is NOT a surgical grade mask. It is not intended for any medical or commercial uses, whatsoever. It is a simple, cloth mask designed for everyday use to cover your mouth when out in public. The mask should not be used in any medical or surgical setting.

We make no warranties that the mask prevents infections or the transmission of viruses or diseases.

The Florida Wood Stork is a fairly large bird. In Florida there are many white wading birds. The birds tend to gather in flocks of other white birds... more

The Florida Wood Stork is a fairly large bird. In Florida there are many white wading birds. The birds tend to gather in flocks of other white birds near many of our local ponds. The eat small fish, turtles and lizards. According to the Audubon Society these used to be mainly inhabitants of South Florida, but are now more common in Central Florida. This photo was taken at Cove Cay Golf Course near Clearwater Florida. Our only native stork in North America, it is a very large, heavy-billed bird that wades in the shallows of southern swamps. (Though this one was on the golf course off of Tampa Bay) It flies with slow wingbeats, and flocks often soar very high on warm days. Young Wood Storks have noisy begging calls, but adults are almost silent except for hissing and bill clappering.