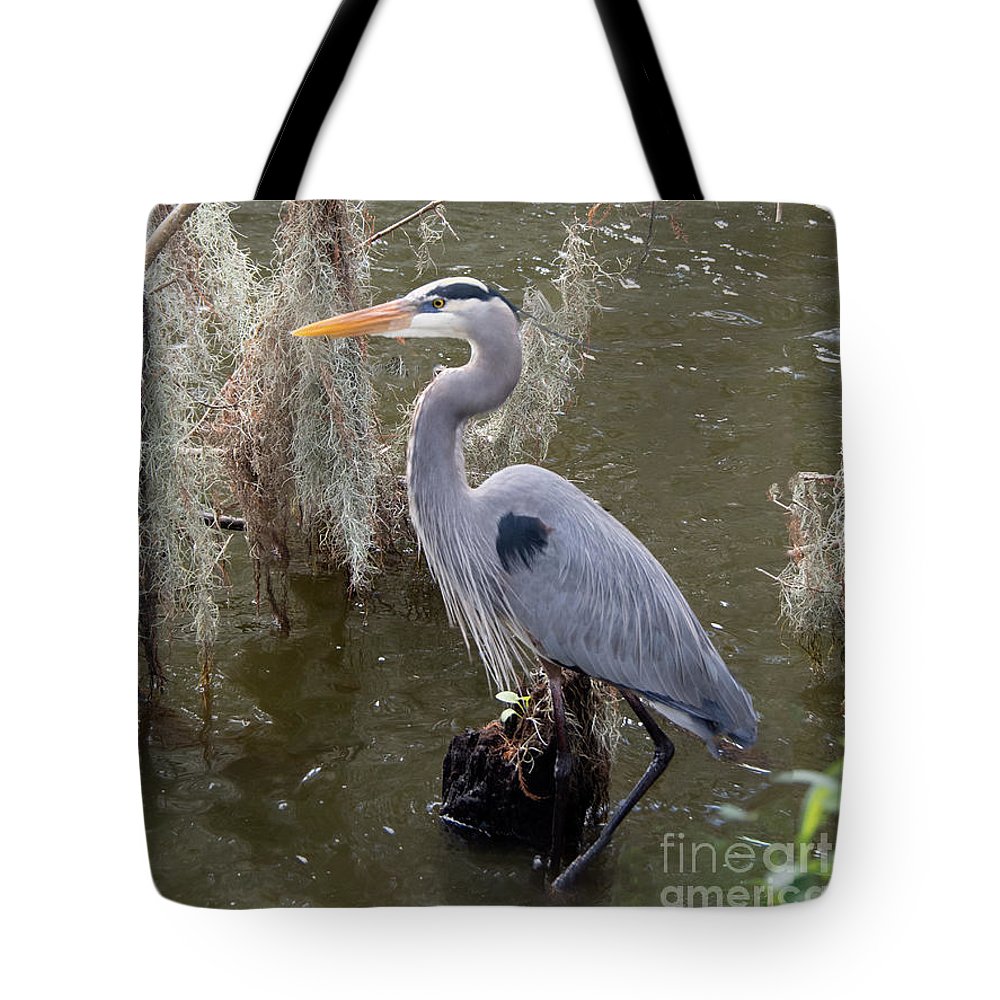 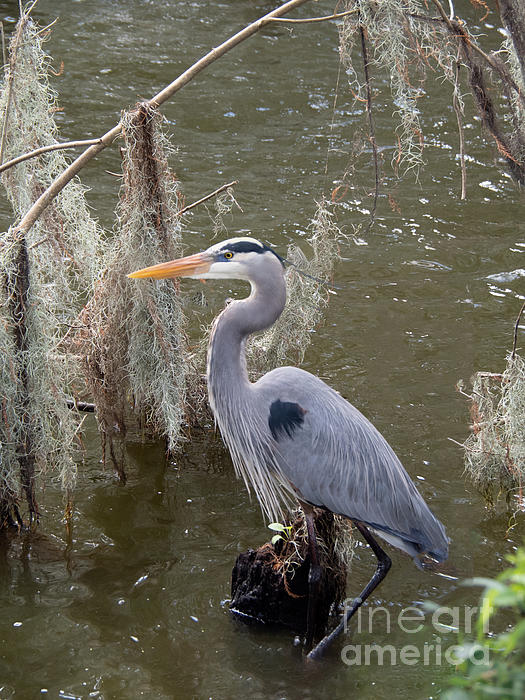 Purchase a tote bag featuring the photograph "Great Blue Heron at Circle B Bar Preserve" by L Bosco.   Our tote bags are made from soft, durable, poly-poplin fabric and include a 1" black strap for easy carrying on your shoulder.   All seams are double-stitched for added durability.   Each tote bag is machine-washable in cold water and is printed on both sides using the same image.

Most Great Blue Herons in Florida are a very dark slaty color. However, this lovely guy is a very pale blue. He has his mating plumage which is quite... more

Most Great Blue Herons in Florida are a very dark slaty color. However, this lovely guy is a very pale blue. He has his mating plumage which is quite impressive. According to Wikipedia, the great blue heron (Ardea herodias) is a large wading bird in the heron family Ardeidae, common near the shores of open water and in wetlands over most of North America and Central America, as well as the Caribbean and the Galápagos Islands. It is a rare vagrant to coastal Spain, the Azores, and areas of far southern Europe. An all-white population found in south Florida and the Florida Keys is known as the great white heron. Debate exists about whether this represents a white color morph of the great blue heron, a subspecies of it, or an entirely separate species. Circle B Bar Preserve is near Lakeland, in Polk County Florida. It is home to a huge variety of birds in the surrounding ponds and wetland.