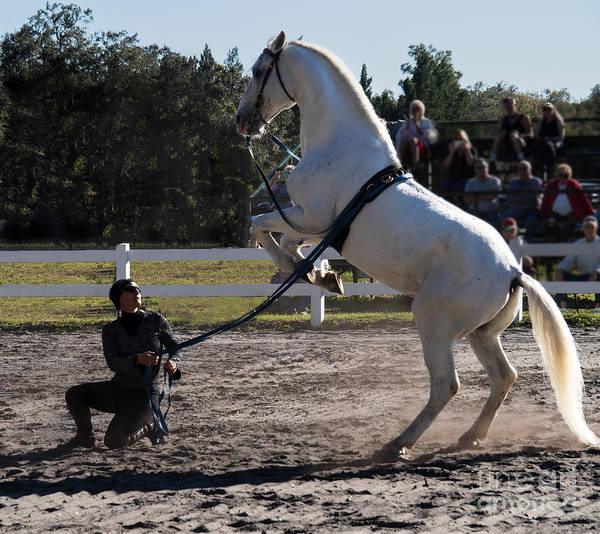 Rolled in a Tube

Lippizan Stallion Performing the Courbette poster by L Bosco.   Our posters are produced on acid-free papers using archival inks to guarantee that they last a lifetime without fading or loss of color. All posters include a 1" white border around the image to allow for future framing and matting, if desired.

Myakka, Florida is the winter home of Hermann's Royal Lipizzan Stallions which recently reopened its training sessions. According to wikipedia, the... more