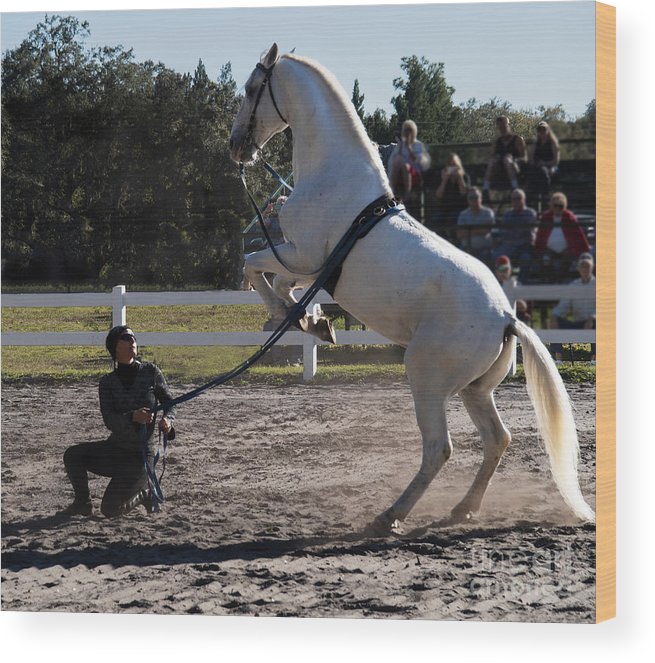 Lippizan Stallion Performing the Courbette wood print by L Bosco.   Bring your artwork to life with the texture and added depth of a wood print. Your image gets printed directly onto a sheet of 3/4" thick maple wood. There are D-clips on the back of the print for mounting it to your wall using mounting hooks and nails (included).

Myakka, Florida is the winter home of Hermann's Royal Lipizzan Stallions which recently reopened its training sessions. According to wikipedia, the... more