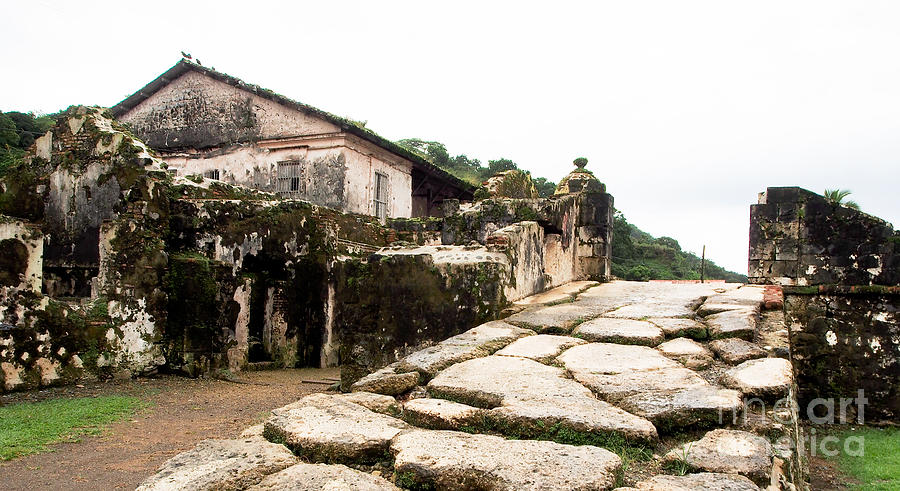 The Portobelo Gold Road was one of the precursors to the Panama Canal. It connected the town of Portobelo with Colon (now one of the end of the canal).The name Portobelo, means “beautiful harbor”. The village was founded in 1597. Portobelo grew to become a strongly fortified town at the north end of the old Gold Road which ended in Colon. As a point of transshipment and exchange for the colonial merchandise of Spain and South America, Portobelo was famous for its annual fairs, as well as notorious for its high prices, congested quarters, and tropical fevers. Once the busiest city in the New World, it was attacked a number of times by English buccaneers. The abandonment by Spain of the treasure fleet system and fairs in the 18th century, the building of the Panama Railroad (now the Panama Canal Railway) in the 1850s, and the opening of the Panama Canal in 1914 brought about its eclipse. Portobelo’s Spanish fortification ruins are of great historical interest and were designated a UNESCO World Heritage site in 1980. Tourism is of some importance to the local economy, especially during the festival of Cristo Negro (Black Christ) held each October. Pop. (2000) 3,867; (2010) 4,559. In July 2012, the UNESCO World Heritage Committee placed Portobelo and nearby Fort San Lorenzo on the List of World Heritage in Danger, inscribed as Fortifications on the Caribbean Side of Panama: Portobelo-San Lorenzo, citing environmental factors, lack of maintenance, and uncontrollable urban developments. Given the humidity and heat, it's amazing that any of this has survived. It us worth the visit as it helps to understand how important Panama is to the history of the Americas.