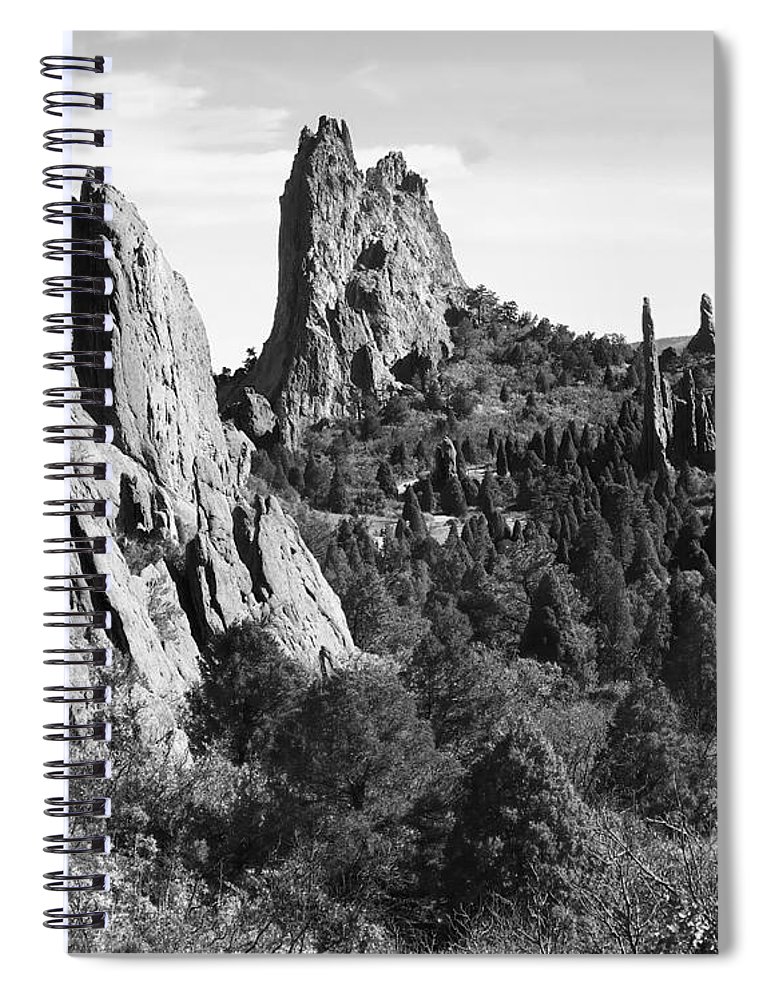 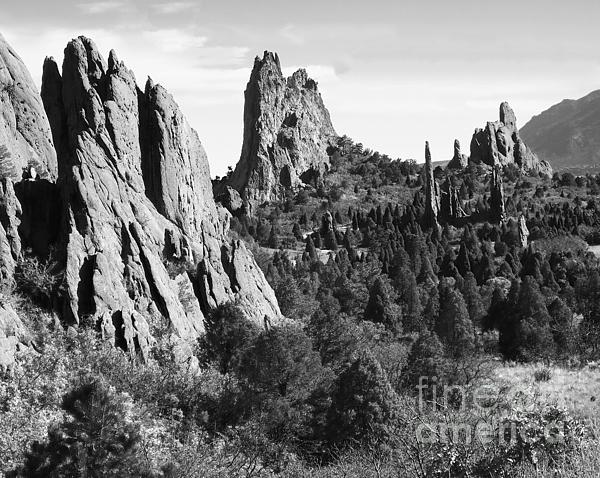 Garden of the Gods in Black and White Spiral Notebook

According to the website, many thousands of years ago, a huge sea covered much of what is now Colorado. Sediment from the bottom of that ancient sea... more

According to the website, many thousands of years ago, a huge sea covered much of what is now Colorado. Sediment from the bottom of that ancient sea settled, hardened and formed both red and white horizontal sandstone. The same uplifting event that pushed Pikes Peak to all its grandeur also tipped the rocks on their sides. During the Pleistocene Ice Age, glacial forces helped erode and carve the rocks into the amazing sandstone formations you see today. The park is free and the land had been donated to be free and open to the public.